One of the things that make me an increasingly crotchety old man is my disdain for the now dramatically common use of the word, “awesome”.  To fill with a sense of awe. It gets used to describe everything from pizza to software to  just about any noun.

Beartooth Pass in the upper Eastern corner of Wyoming is awesome. I don’t think that I have seen anything like it in any of my travels. 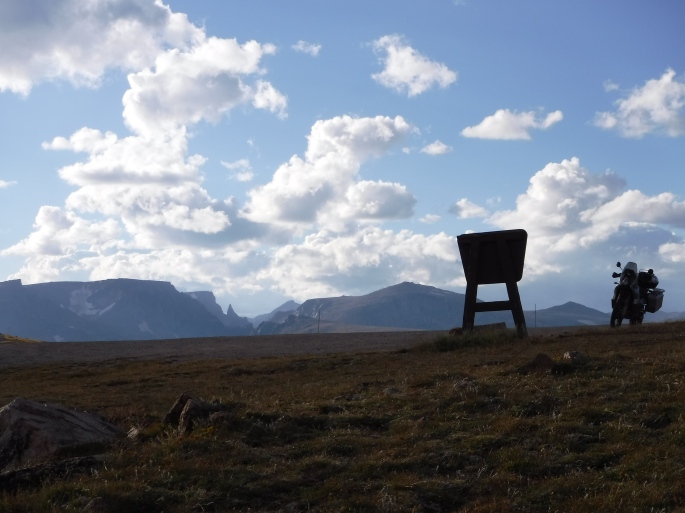 The distance to the horizon is vast, and filled with drama. There are peaks and valleys, glaciers and ravines, deep chasms separated by green grass and black stone.

I was there in early August and the snow had not yet melted entirely. It was a brilliant day and I remember feeling not just satisfied to be able to stand and gawk at it all, but feeling fulfilled, a sense of fullness in my chest, bursting with amazement at the glory before me.

Another traveler snapped a pic for me at the summit, and even that simple image is full of drama behind me. The bright sun and the dark clouds with the silhouette of the next pass, behind which is Yellowstone. On top of all that, I caught a bunch of fish that same day in Long Lake, a bit down the road from here. It was a good day indeed. At times, it was awesome.